The Running of the Rainbow Smelt

The Rainbow Smelts “run” on Golden Lake and the Bonnechere River for a short period in the early spring. Members and friends of the GLPOA Fish Committee come out in force at that time to catch as many as they can, to help the survival and diversity of other fish species in the lake.  The window of opportunity for catching the smelt as they migrate down the creeks and rivers entering the lake, is very short; typically, only 4 to 7 days in the spring.  Catching the smelt is best done late at night, making it even more challenging.

After catching the smelt, they must be consumed or disposed of in appropriate ways.  We clean a fair number of them and immediately freeze them for later consumption at our annual GLPOA Smelt Fry, usually in June.  The rest are disposed of in a manner regulated and monitored by the government. 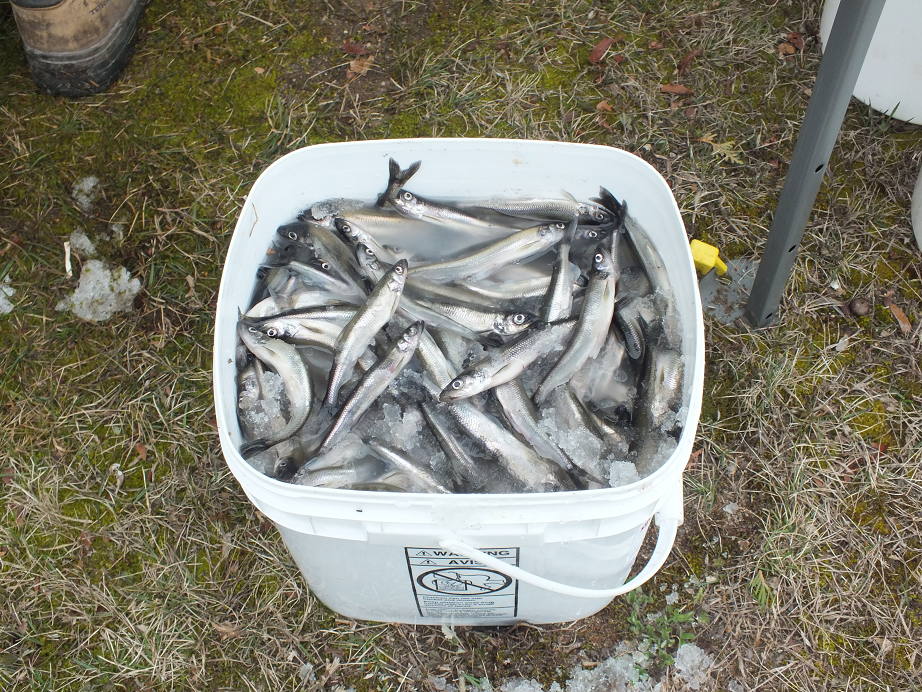 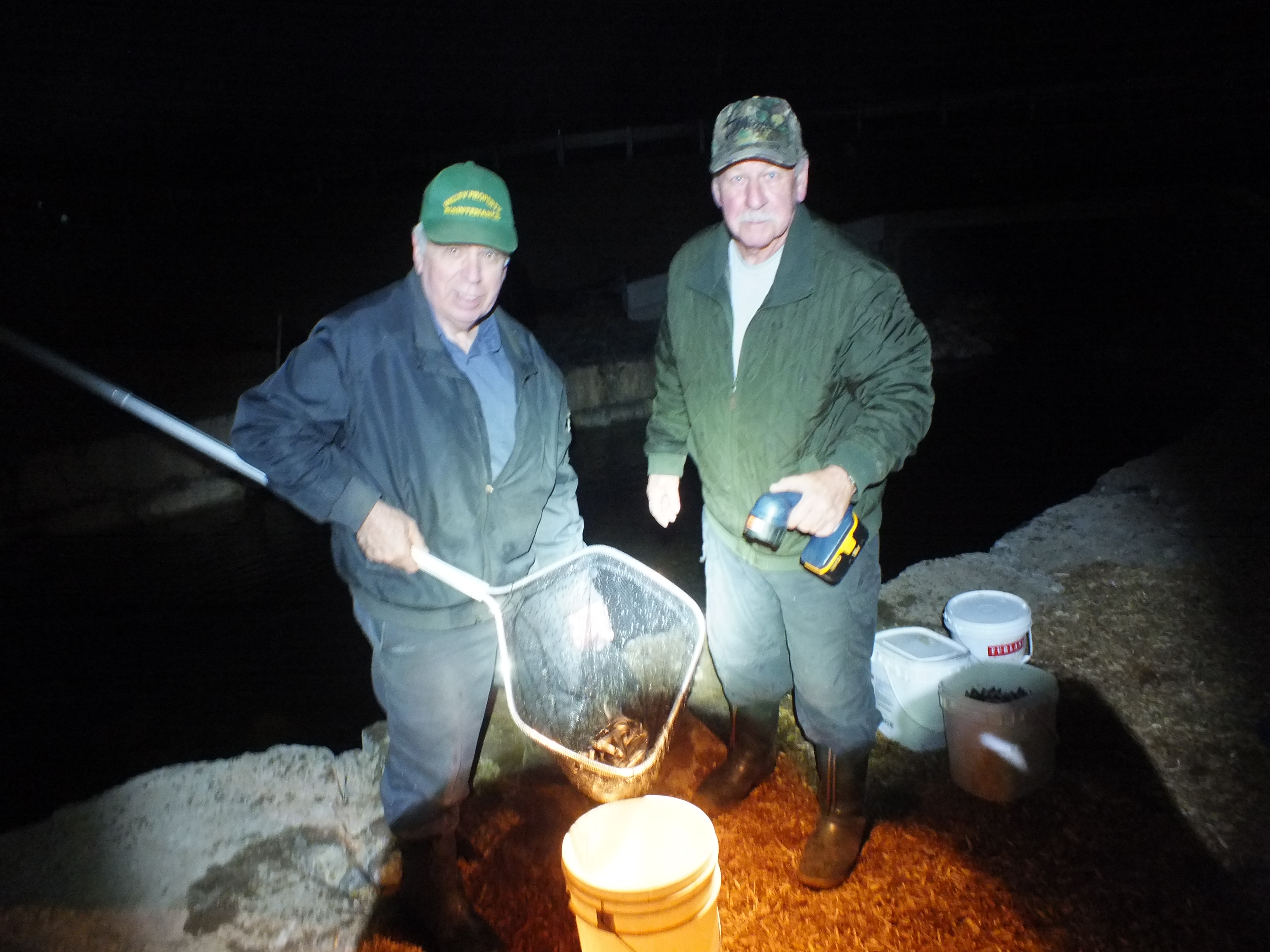 Cleaning the smelt for the annual GLPOA Smelt Fry 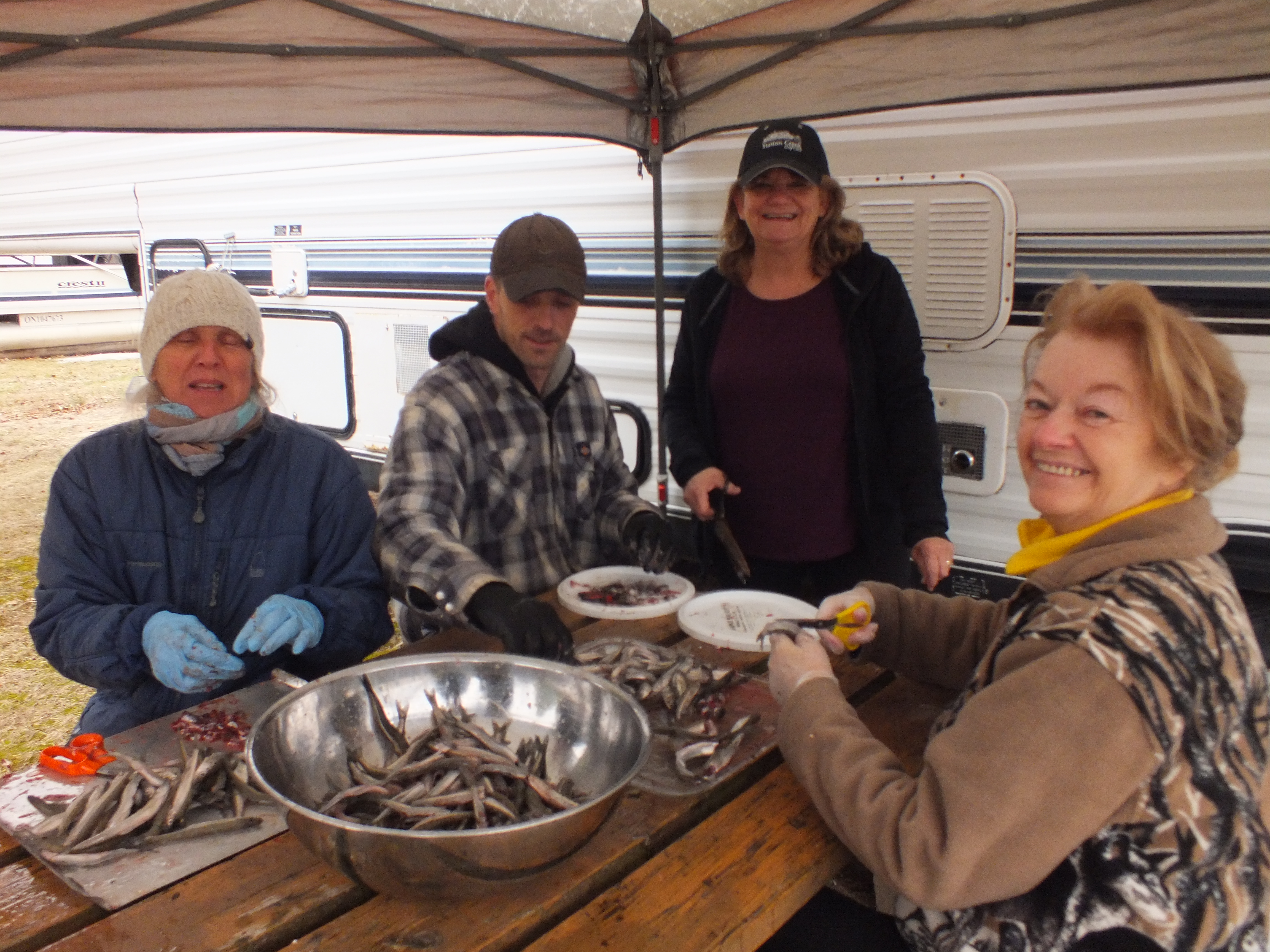